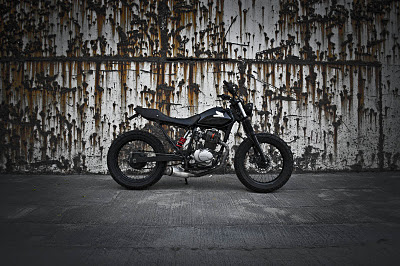 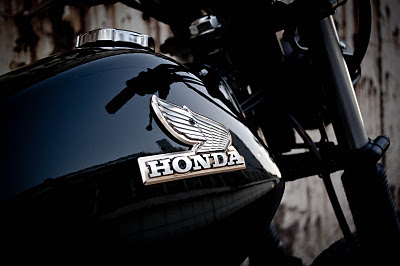 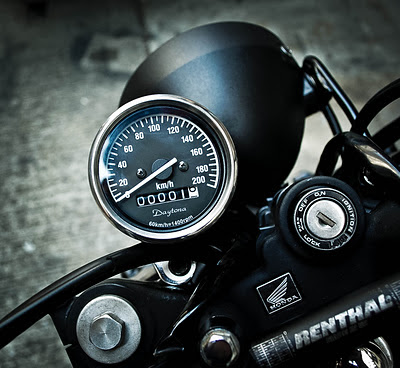 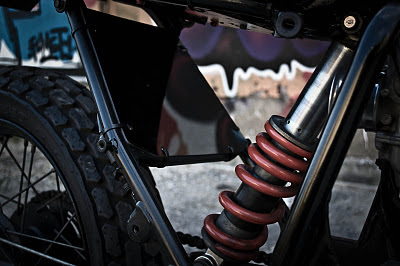 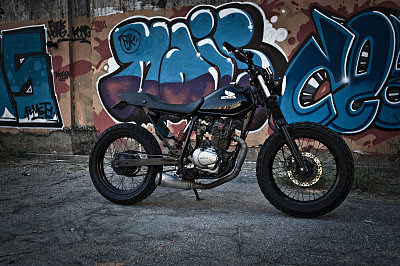 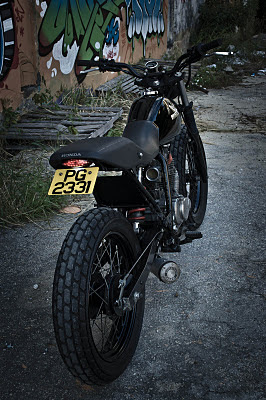 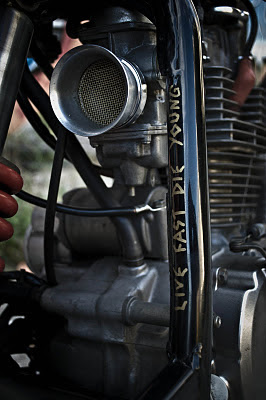 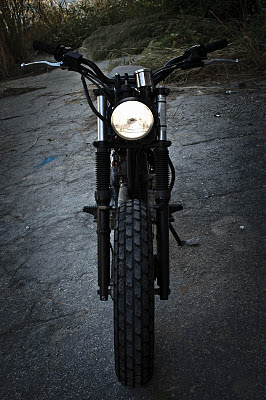 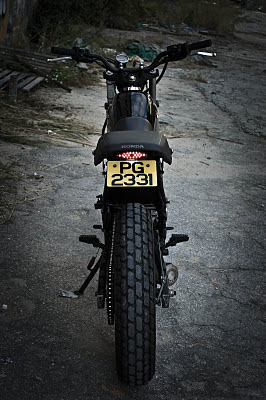 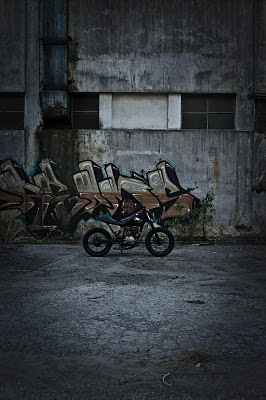 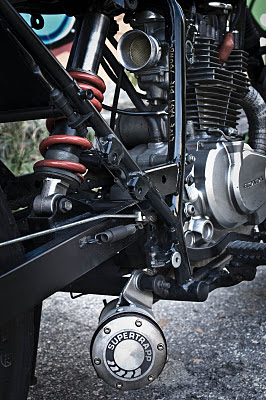 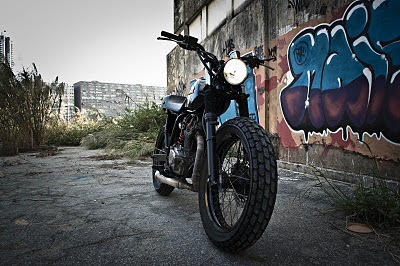 i opted to build a street tracker purely because i wanted to move away from the café racer style bikes which are increasingly popular nowadays. its not that i don’t like café racers, in fact i love them. with this build however, i wanted to create something a little different.

the base model i used for this build is the honda ftr. these bikes are only available in japan, with limited imports into other parts of asia, namely thailand and hong kong. on a trip to japan i saw a few of these bikes and i was instantly inspired to build my own.

i believe that customizing a motorcycle is like an extension of your personality and i could never buy a bike just to keep it stock. every machine can be modified, but the true beauty only emerges once personality and style enter the equation. with this build i opted to keep it raw, mainly because we live in such a processed world where nothing is pure anymore. i really wanted this bike to be a simple and elegant machine. quite literally, everything it would run without, got cut off.

building or customizing any bike is never easy and i often find it’s a test of determination to see it through. i remember when i was doing the wiring, it got so complicated and frustrating i often wanted to give up. i bet you have all seen unfinished projects standing in many a backyard. to me however, the satisfaction of creating something that has your heart and soul in it totally outweighs all the hard work involved. i can ride my bike knowing that there is nothing else like it in the world and it is something totally unique that i envisioned and created.

this bike has no mirrors, no indicators and no airbox. street legal? not really. totally badass? definitely.

it’s a pure racing and vintage styled flat tracker that i use as my daily rider.

ladies, never bother with a man that doesn’t know how to make things with his hands; you can also stop reading now. for the guys, carry on below: 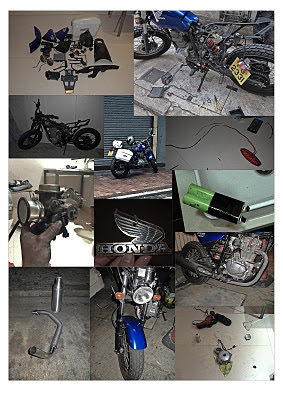 it’s a late model 2006 and the engine was still in very good shape. i started by stripping it down, replacing the cam-chain, all the gaskets and re-adjusting the valves. i also re-built the carb, shimmed the float needle and re-jetted it. shimming is absolutely necessary to ease out the transition between the pilot and main after re-jetting. the stock jets are way too small and won’t allow for running with a velocity stack and an aftermarket muffler. after some further jetting and the black magic art of carburetor adjustment, she was running beautifully.

i removed the airbox completely and added a stack which i sourced from japan as well as a supertrapp muffler from the states. the header was wrapped in fiberglass heat wrap to compliment the cool exhaust system. the supertrapp exhaust, uses a system of disks, which have a larger opening on one end causing an acceleration of the exhaust gases exiting the engine, very similar to the venturi effect. with the modified exhaust and intake design the bikes performance improved notably.

next i removed all the plastic body parts, removed the front and rear fenders as well as the ugly taillight and number-plate brackets. once it was stripped down, i took a grinder to it and removed all the oem brackets from the frame and re-sprayed it in flat black.

the huge stock battery was also removed and replaced with a tiny battery i soldered up in parallel using 6 lithium ion a123 cells sourced from a local electronics store. not only does the new battery have more cold cranking amps, but it also lasts about ten times longer than the standard led-acid battery at a fraction of the weight and size. i also removed the signal lights, flasher relay, kickstand dead switch and the ugly instrument cluster. the wiring harness was also simplified and all the electronics and cables, fitted on a fabricated bracket in the tiny space below the seat. this was certainly the hardest part of the build and you’ll be surprised at how many cables can come out of a motorcycle. this bike is electric start only, which means i had to get really creative when hiding the electrics. the simplified wiring was also complimented with a small led tail-light.

for the finishing touches i added some fork boots and a daytona speedo from japan as well as some new grips and renthal handlebars from the uk. i kept the stock tank, because i really love how the lines flow with the seat. the tank and headlight and other bits were also painted in black to match the new colour scheme. lastly, i added some really cool vintage badges off a 1982 honda cb which i found on ebay. to me there is great beauty in imperfection and i wanted to keep the old scuffed up look.

this bike is really loud, really fun and really fast. i like to think of it as a bmx with an engine.

as an ode to this bikes japanese origin and styling cues i aptly named her “the yakuza”. check out the bikeexif feature here.