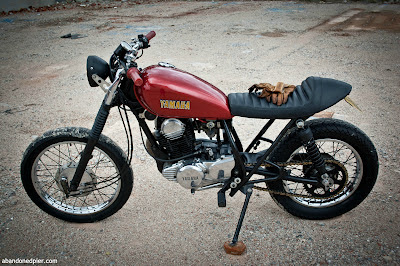 when I first saw this bike i really had to fight the urge to walk away from it. it was in bad shape, the frame was rusted and needed welding, the engine needed to be re-built and the tank had a huge dent. to make matters worse one of the rear shock mounts was completely stripped and needed to be re-fabricated. 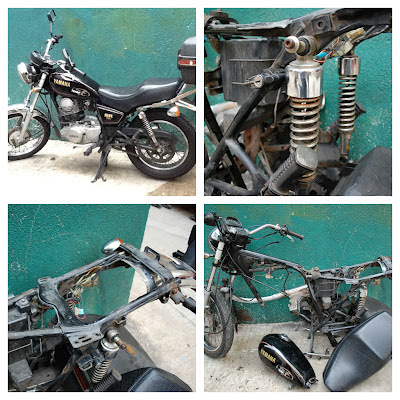 i guess the only reason i bought it is because somehow it spoke to my heart and even with everything that was wrong with her, she really had potential. not immediately obvious potential, but definitely potential. 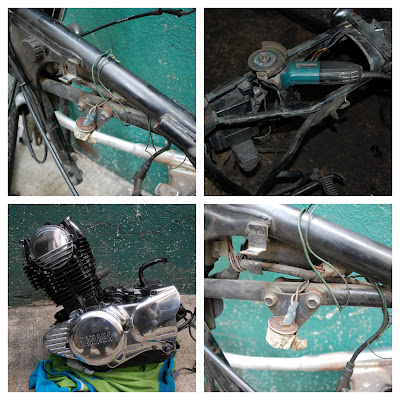 when i built this bike it was important to create a bike that would stand up to the demonic streets of hong kong, perfect for tight turns and quick bursts of the throttle. weaving through traffic and blasting past the neon-lit skyline, her simplicity a stark contrast to this intricate city. 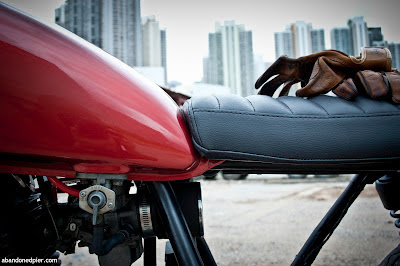 the build started with a complete teardown of the bike. all the tabs were removed from the frame, seams were welded and the rear end was chopped and modified to make the nitroheads seat fit. the frame was then sanded down and re-painted in satin black.

the engine was also rebuilt with new gaskets, cam-chain, plug and a valve adjustment. finally it was finished off in high-temp gloss black, while crankcase/valve covers were polished back to their former glory. i also cleaned the carb and changed the jetting to make the bike run with the new UNI pod filter.

every part of this bike was meticulously rebuilt and refurbished. 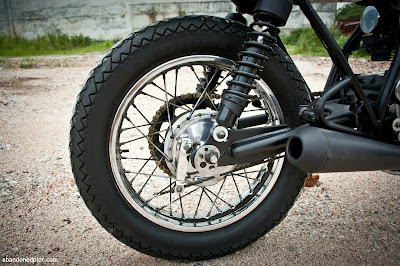 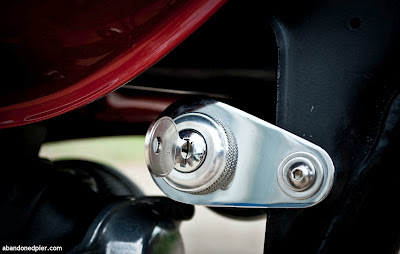 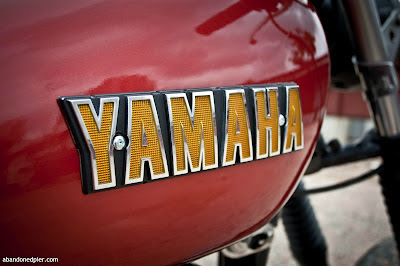 a reverse-cone megaphone muffler gives the bike a nice throaty sound whilst attracting unwanted attention from the constabulary. the daytona speedo and hurricane drag bars from japan finish off the controls, matching the lines of the bike perfectly. the bike is sprung with progressive rear shocks and the front forks were rebuilt, painted in black and fitted with gaitors. the headlight is a stanley halogen unit and the taillight is an LED by daytona. brackets for the number-plate and speedo were custom made, while the lipo4 battery sits neatly hidden under the seat together with all other electrics. the tank was finished off in a deep candy apple red with NOS yamaha rx125 badges.

the wiring was also re-done completely and the ignition and horn were relocated to under the tank.

true to form this bike has bare essentials only. as for the name “rachel”, this was the sweet old lady i bought it from.

-this bike is sold- 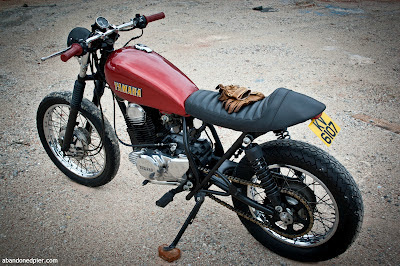 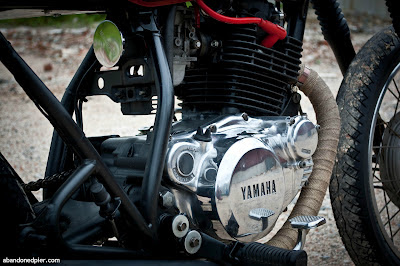 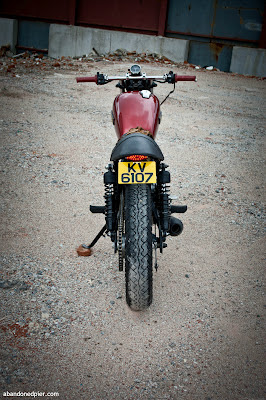 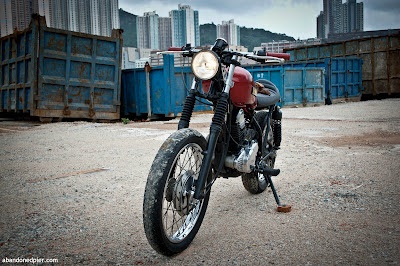 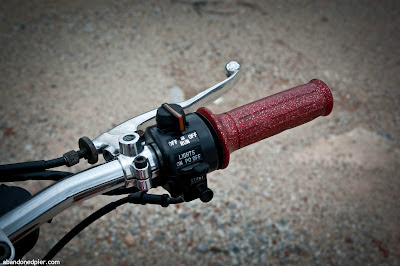 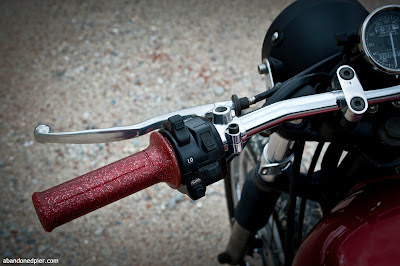 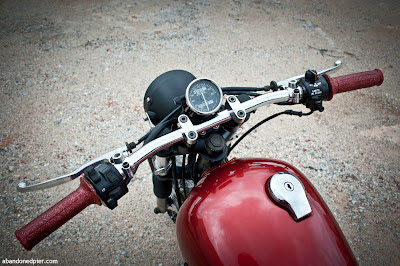 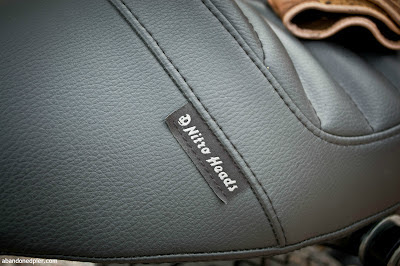 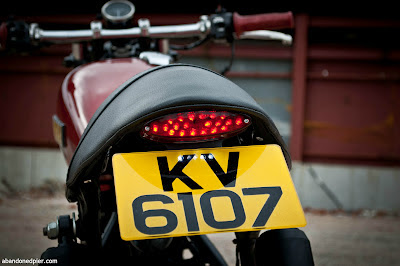 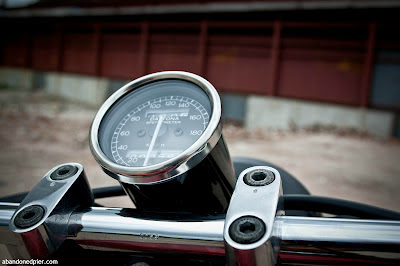