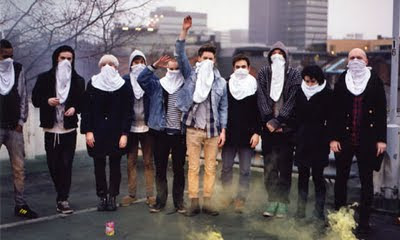 i've been hyping this band for ages and i don't even know if they have taken off or not, either way they are really good. i know its only the layers upon layers of reverb that are responsible for the big sound, but it works for me.

their song heavy pop was featured on the spike jonze directed lakai fully flaired a few years ago. since then i have been waiting to hear more from this band and as it turns out they don't do interviews much. some months ago i was lucky enough to get my hands on an early leak of wu lyf's debut album go tell fire to the mountain and i thought it was really good. check out some videos below and grab the album here.