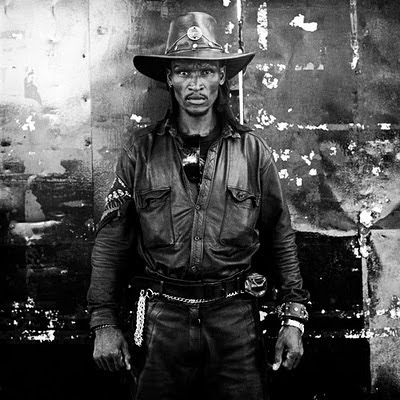 venerated villain kenosi
south african photographer frank marshall did this incredible piece titled, "visions of renegades" as part of his thesis:
"this study seeks to represent the ideologies of heavy metal subculture members in botswana. the photographs take the form of posed environmental portraits, which attempt to explore the notions of performitivity, authenticity and mythology – all of them important elements encountered in heavy metal ideology. the juxtaposition between this largely western subculture and its manifestation in botswana became a defining theme of this study. the author has aimed to create a cross section of the subculture’s social strata, from which anthropological discussions can emerge." 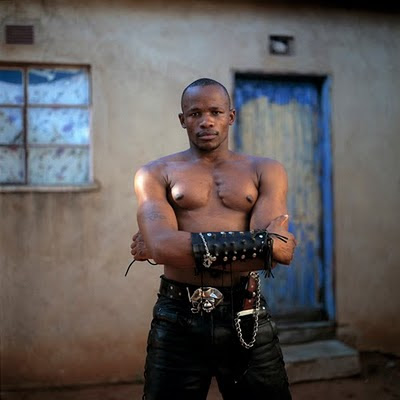 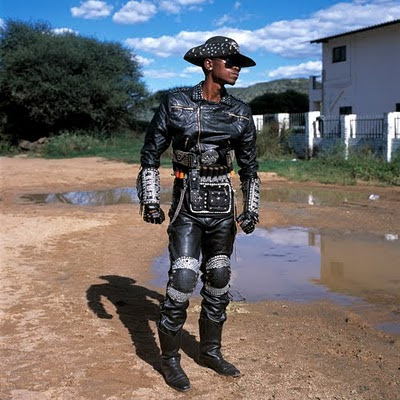 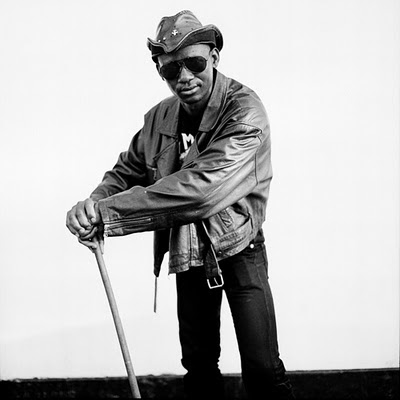 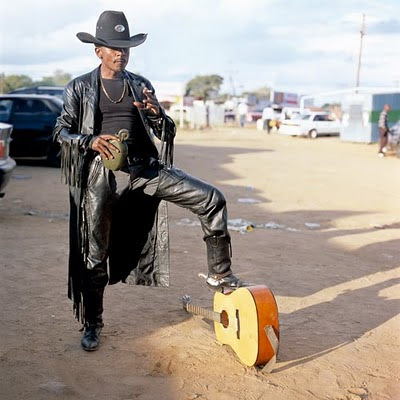 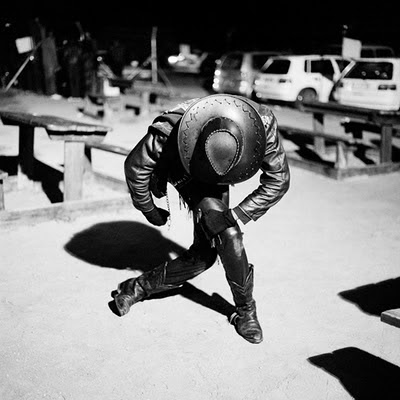 bound by the moon 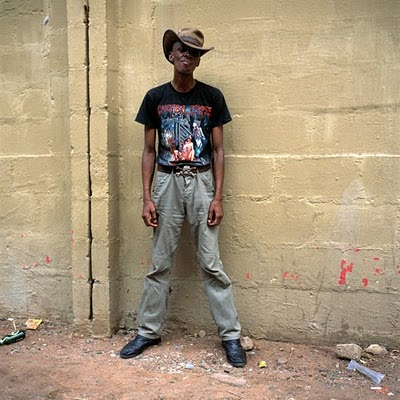 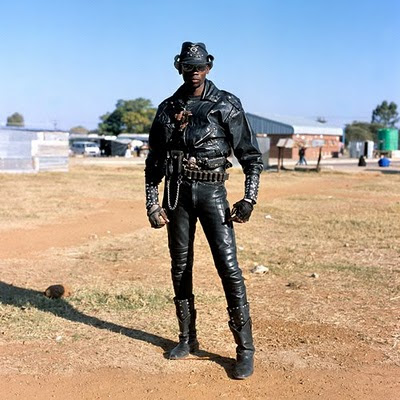 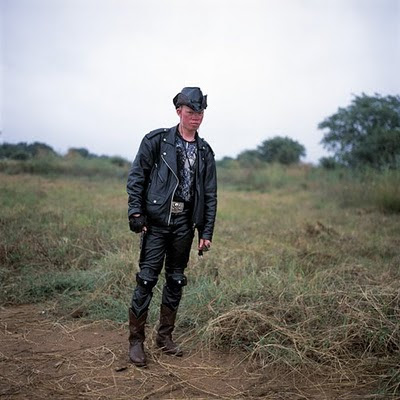 white devil
"the costumes are like an arms race amongst the scene members,” says marshall. “there’s a competition between them to see who can look the most brutal. when i was in botswana, i was carrying around a few of the previous metaller portraits i’d done. the locals admired the guys in them, but they also felt compelled to raise their sartorial games.”

“metal is given very extreme respect and great dignity in botswana,” explains mosaka the bass player for overthrust. “a metal gig here is like a religious ritual among the metallers, they become very, very delighted or even crazy sometimes whenever there is an upcoming gig. they will spend weeks preparing their leather pants, boots and other metal attire – it’s like they are preparing for war!”

frank marshall will be exhibiting this interesting insight into botswana's subculture at the rooke gallery in july.