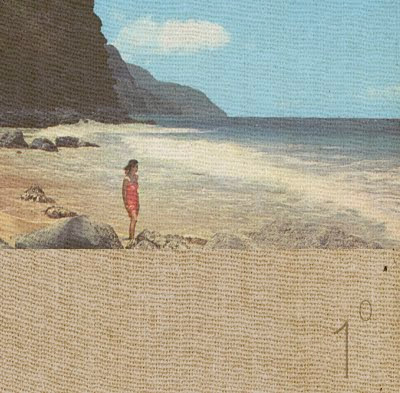 clive tanaka y su orquesta's mixtape jet set siempre no. 1 has been uninterruptedly spinning in my ipod for the last week. my friend james, who has always been a major source of music knowledge gave me the heads up on tanaka and suggestions from james are always treated with a certain earnesty. the tape, yes the tape was released as a limited edition with side a: for dance and side b: for romance. shortly after and due to popular demand, the tape was released in digital 320kbps. listening to the tape i am constantly intrigued by how it evokes certain memories and the samples sound really familiar, but not familiar enough to identify. the voice of the mysterious clive tanaka is heavily shrouded by a voice modulator and almost impossible to identify. i must admit at the end of the song neu chicago when he says: "that someone is me" it sounds so damn familiar, but again i can't place it. referencing the blogosphere, "clive tanaka is from hokkaido, japan and suffers from hikikomori, a vague kind of social anxiety disorder that affects young japanese boys who choose to withdraw from all social interactions and seek weird extremes of isolation". to cut a long story short, tanaka is not his real name and he is not from japan, rather tanaka is a name taken from the 80's tv show magnum p.i.

this is probably the best description of his music i have come across:

"jet set siempre provides an accessible gateway to a good time. the songs are diverse but reliable, and the overall sound is creative without becoming disengaging"

i'm not sure as to the motivation for the mystery, but it surely got my attention. the illusive genius behind all this lies in exploring new ways to edict milieu and avoid scrutiny in an age that demands instant reproach and resolutions.

the mixtape is amazing and you should download it here.